In cooperation with PALM Strategic Initiatives Centre and the Malaysian Cultural Centre of Cinta Gaza Malaysia, the General Authority for Youth and Culture held the closing ceremony of Operation Al-Quds Sword Graffiti project.

The ceremony was held before the headquarters of the Military Police Department in Gaza and was attended by Muhammed Nadir Al-Nuri Kamaruzaman, CEO of Cinta Gaza Malaysia; Shadi Salem, Director of the Malaysian Cultural Centre; Ibrahim Alzaeem, Director of PALM Strategic Initiatives Centre; Ahmed Mheisin, Deputy of the General Authority for Youth and Culture; Sami Abu Watfa, Director General of Civil Work; Atef Asqoul, Director General of Arts; and Mo'taz Al-Tatari, Director of Public Relations at the Military Police Department.

The last graffiti was painted on the wall of the police headquarters and was titled 'One Nation' to reflect unity with Malaysia.

The CEO Muhammed Nadir Al-Nuri Kamaruzaman said that the last graffiti shows the position of Malaysia and its people and their support of the Palestinian people. He said that Al-Quds would always be, like it has always been, the destination and capital. He stressed that Malaysia would always support the Palestinians until the desired goal is achieved, and that is the liberation of Palestine and Al-Masjid Al-Aqsa.

Deputy Ahmed Mheisin thanked Cinta Gaza Malaysia for supporting the project and expressed gratitude for all the participating institutions and artists who played a major role in showing the victories of the last battle 'Al-Quds Sword'.

On behalf of the children of the Gaza Strip, the young child Nadin Abdellatif thanked Malaysia for standing up for and supporting the Palestinian cause.  She spoke in English language and said that the children of Gaza suffer from difficult conditions but also feel relieved when they see other peoples in solidarity with them, showing hope, like the Malaysian people have done.

The graffiti project consists of the painting of 10 pieces distributed across the Gaza Strip over 10 days reflecting the events of Operation Al-Quds Sword, Sheikh Jarrah neighborhood and international, Arab and Islamic solidarity with the Palestinian cause. 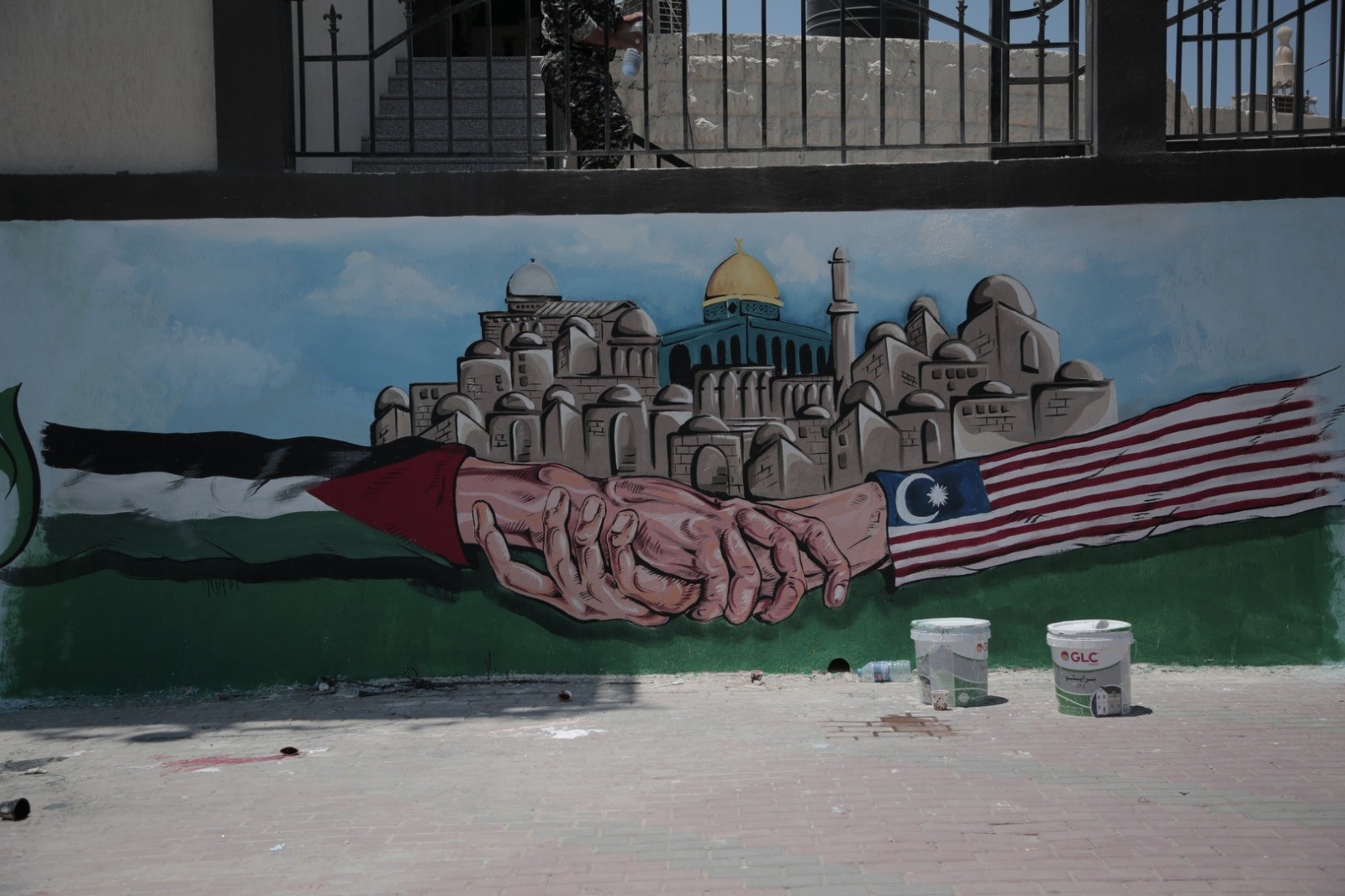